Are Facebook Ads Needed for Your Church's Outreach Strategy?

Imagine your church was given a huge billboard on Highway 401 [Canada], North America’s busiest highway, carrying about 420,000 vehicles per day. That means A LOT of people would see your sign. Your billboard invites people to a special program at your church. But suddenly, you’re told that you have to pay for the days you want your billboard to be unveiled.

You have two choices: leave the billboard on the highway covered with a thick, black tarp, or pay a small price for half a million people to see it. What would you do? ​Hopefully, you would pay to unveil the billboard. Why? Because when it comes to letting people know of Jesus Christ, every penny is worth it.

Why consider digital ads? Let’s face it – most of the world’s population is online. Today, the question is no longer whether Seventh-day Adventists should have an online presence, but rather, how do we increase our presence? What can we do to be more effective at sharing the Gospel online?

Digital ads, specifically Facebook ads, are like that bill-board on Ontario’s busy highway. 1 billion people log on to Facebook every day. This number includes people in the area around your church who you want to reach.

Isn’t it enough to have a Facebook page? To strengthen our online efforts, churches and ministries have Facebook pages, Instagram and Twitter accounts, create YouTube channels, and use other methods of digital promotion. If your church or ministry has a social media platform, kudos to you! But it’s not enough. ​Remember the bill-board analogy? The billboard is up but no one will see it unless you pay for the tarp to be removed.

What are Facebook ads? They are visually appealing, relevant, paid promotional ads that target a specific audience with a call to action in an effort to let more people know about a specific program, service, or product. These can be video ads, photo ads, etc.

So, should you advertise on Facebook? Absolutely! If your church has a sign in front of its building, passes out literature, uses ad spots on radio or television, has a website or social media platform, then you are already advertising. A Facebook ad is simply an additional tool you would be using to reach out to your community. It’s the digital version of what your church is doing already.

Effective advertising on Facebook increases the chance for more people to hear the gospel. While we share Christ personally with those in the community, we shouldn’t neglect those who are seeking for truth online.

Just like our Saturation Mailings, you can offer a free copy of Steps to Christ, On The Edge of Time, The Great Controversy, or even a free Bible study to every Facebook user in your geographical area using our pre-designed “lead  ads.” You simply choose the free offer you want us to run for you, the geographical area you want to target (either by ZIP code, city, state, or radius), the dates you want your ad to run (two week minimum), and how much you want to spend on your ad campaign ($100 minimum + $5 per lead generated to cover the free book fulfillment costs). Our social media specialists will guide you in determining the right budget for maximum returns on your campaign. As a rule, the smaller the population, the less time and money you’ll need to spend to saturate the market. The bigger the market, the more time and money you’ll need to saturate it. We also recommend trying our different ads over time to broaden the appeal.

Facebook lead ads work by making sign-ups easy for people and more valuable for ministry response. Lead ads look just like regular ads but when a person clicks on it, they’ll see a form that’s already filled out with information they previously shared with Facebook. To order a free book, they simply submit the form and then we follow up with an order confirmation email with links to even more Christ-centered resources found on our website peacefinders.org.

Based on recent test campaigns using Steps to Christ lead ads, we averaged nationwide 17.5 leads (book requests) per $100 spent. Differences in population density will increase (high density) or decrease (low density) that number, as well as the effect of regional demographics. For example, a $200 ad campaign in Spartanburg County, SC generated 89 leads over a two week period, while a $100 ad campaign in rural Bethel County, AK over the same time period generated 8 leads. The difference? Population: 307,000 vs. 18,000. And, perhaps, the larger adherence to the Christian faith in SC.

Call today! Our social media specialists are ready to answer your questions and assist in setting up your first campaign. 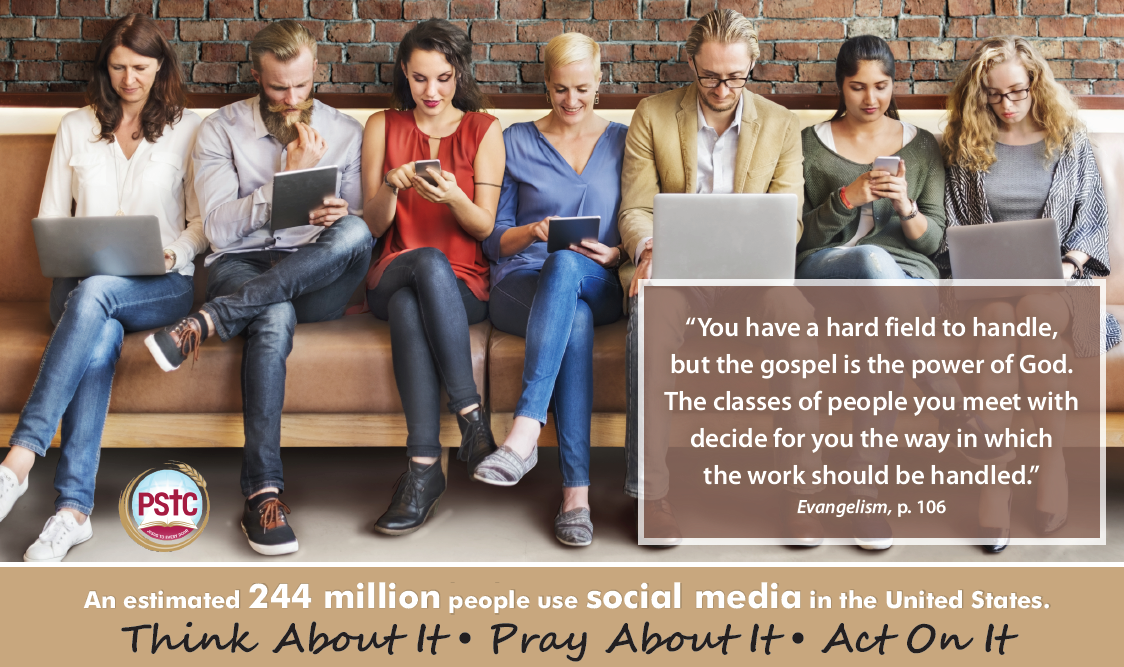